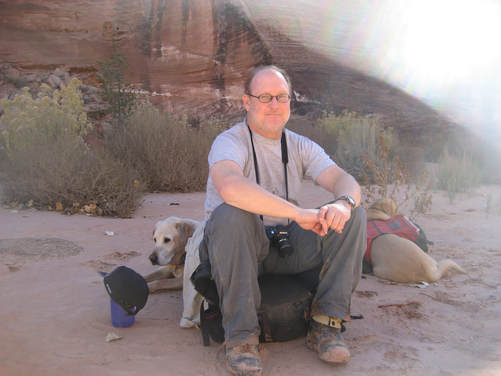 ​​Rabbi Mike Comins grew up in Los Angeles, graduated from the University of California at Los Angeles (UCLA) with a BA in Near Eastern Studies, and served as regional advisor for the Southern California Federation of Temple Youth and Rosh Eida at UAHC Camp Swig before making aliyah (moving to Israel) at age 26. While guiding Jerusalem for American youth and serving as chairperson of Netzer Olami (the International Reform-Zionist Youth Movement), Mike studied classical Jewish texts for four years at Machon Pardes, a yeshiva in Jerusalem. In 1996, he was ordained by the Hebrew Union College – Israeli Rabbinical Program.

​Exploring his lifelong interest in philosophy and theology, Rabbi Comins’s rabbinic thesis, "Borowitz and Beyond: Towards a Hermeneutic Account of I-thou Encounter," received a score of 97 from referee Professor Paul Mendes-Flohr. He holds an MA in Jewish Education from Hebrew University, and worked for five years as founding education director of Kehilat Kol HaNeshama, a Jerusalem congregation he helped to establish. Upon ordination, Mike earned his license as an Israeli desert guide. He founded “Ruach HaMidbar Desert Trips and Retreats,” leading many trekkers—often rabbis, rabbinical students and students for the ministry—on spiritual journeys through Israel’s deserts and the Sinai mountains. 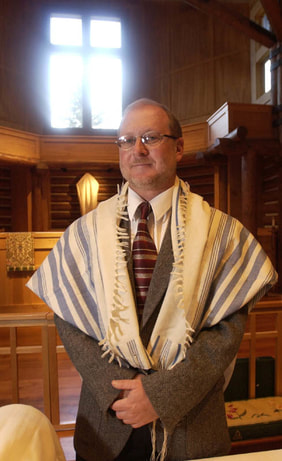 Returning to the U.S. in 1998, Rabbi Comins spent his first years in North America on an extended spiritual sabbatical. He participated in several two-year institutes for rabbis: the Mindfulness Leadership Training program at Elat Chayyim with Sylvia Boorstein, and the first rabbinic cohort of the Institute for Jewish Spirituality, with Boorstein, Arthur Green and Jonathan Omer-Man. He participated in four- and six-week silent meditation retreats at the Spirit Rock meditation center under the tutelage of Boorstein and Jack Kornfield. He has completed five solo wilderness retreats (four days of meditation, prayer and fasting in a small circle, generally known as a Vision Quest) under the guidance of different teachers in addition to numerous wilderness solos on his own. He is a graduate of the Kol Zimrah Chant Leader's Professional Development program led by Rabbi Shefa Gold.

Rabbi Comins founded TorahTrek Spiritual Wilderness Adventures in 2001 while serving the Jackson Hole Chaverim in Jackson Hole, Wyoming. The community’s first resident rabbi, Mike helped the Jackson Jewish community establish itself while developing TorahTrek. Rabbi Comins returned to Los Angeles in 2004, where he met his wife-to-be, Jody Porter. He continued to grow TorahTrek and turned it into a non-profit (2009), now called the Center for Jewish Wilderness Spirituality, in order to create TorahTrek’s leadership training program, the Guides Track, and the TorahTrek eJournal, an online publication exploring the intersections between Judaism, wilderness, ethics and spirituality. ​

A Wild Faith: Jewish Ways into Wilderness, Wilderness Ways into Judaism appeared in 2007 and his second book, Making Prayer Real: Leading Jewish Spiritual Voices on Why Prayer is Difficult and What to Do about It  (both Jewish Lights Publishing) was published in 2010. In each, Rabbi Comins developed his “spiritual dynamics” approach to learning and teaching Judaism as a spiritual practice.  He has also contributed to numerous books and periodicals. 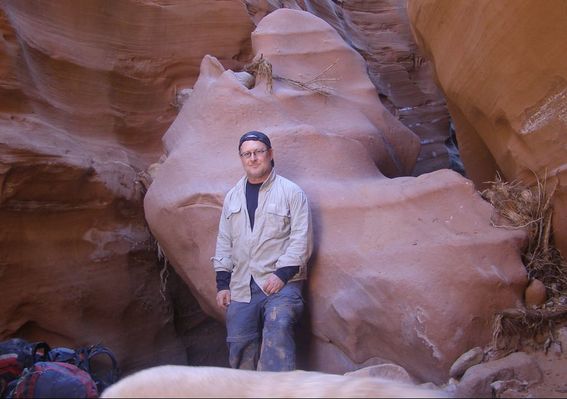 Rabbi Comins created the Making Prayer Real Website in 2012, which hosts the MPR eJournal, providing resources and innovative thinking on prayer and spiritual practice.  He also morphed Making Prayer Real into an online course taught on the website.  He then adapted the online MPR Course for use in synagogues and schools, interviewing some 50 leading, Jewish spiritual teachers on video along the way.  Hosted by the HUC-JIR College Commons, the video-based course is taught throughout North America.

The expertise Rabbi Comins gained in website technology and online learning led to the creation of Lev Learning, a platform for online education.

Currently based in Plano, Texas, a suburb of Dallas, Rabbi Comins is focused on writing.  He works as a Scholar-in-Residence for synagogues and churches, and supports teachers using the MPR Course curriculum.  While TorahTrek no longer sponsors its own programs, he continues to lead nature and wilderness programs for synagogues and other organizations.
​